was wondering is there a email marketing automation plug in available for grav? I found out about mautic but Im not sure can it also send mass emails and so on?

No, as far as I know there is no marketing automation plugin for Grav, yet.

thats a shame, about mautic, can you explain what that does btw? I read all the docu on github and still ended up scratching my head, beside that are you planning to create a plug in or some kind of integration?

The Mautic plugin is provided by a 3rd part developer (Mautic itself), I never tried it, but a quick read on https://www.mautic.org/ seems like it’s sending mass email, so it does exactly what you need. The README on that plugin shows how to use it, and you can embed forms. So, looks like Grav has an email marketing automation tool plugin available.

@designdiverso if by such plugin you mean a way to have a form on a page to send the user email to a 3rd part (Intercom, ConvertKit, Mailchimp), then it’s fairly simple to get the code those companies provide, and put in your theme’s Twig.

I was referring to the actual plug in they have created for grav, 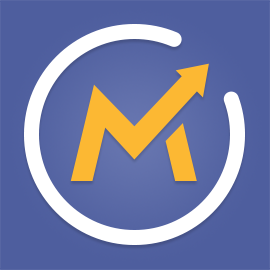 Mautic integration into Grav CMS. Contribute to mautic/mautic-grav development by creating an account on GitHub.

In both these articles and documentation, mentions only embed tracking code and form it doesn’t address email marketing and how it works with this plug in, thats why I was wondering whether is possible or not.

I’m well aware of mailchimp and such matter of fact Im using mailchimp in one site Im building with grav, however for my own site I would require something that works inside the grav cms, meaning as plug in or extension accessible via the grav admin this is simply for practical, time resources reason as keeping all the data in one place.

Then I found this discussion, https://www.mautic.org/community/index.php/3165-grav-cms-to-mautic-com/0
Does this mean that I should download the mautic automation and install in on my server in order to take advantage of the full features with grav?

I think that is simply a way to embed a form easily via a shortcode, there is no Admin integration. I don’t know how Mautic works, they seem to have a free (self-hosted) version, and a hosted paid version.

I think it’s not ideal nor practical for an email marketing service to provide full functionality inside a CMS. The site is just the source of leads, then you manage it all on their servers / apps elsewhere.

I got acymailing for joomla and I got to say is been great so far, everything is in the same place, as content creator I work with other hundreds of tools and apps daily and having at least email marketing in one place is a great feat, hope you understand what I mean
But ofc I will give this mautic a try eventually Ive created a thread on their forum titled grav/mautic plug in not answers so far I keep you posted

Yes I see what you mean, there is nothing comparable in Grav, at the moment.

Still not entirely sure what you’re trying to accomplish here… or, rather, why you would want to. [ … overly complicate what is a fairly straightforward, already existing process. ]

That is, set up your lead pages with grav > feed your remailer > manage your lists as usual over at aweber, getresponse, mailchimp, etc.

Also, as a flat-file cms, Grav really isn’t well suited to the inherently complex data load associated with large list management (tracking, drips, opens, and so on). You really want a db for this or – ideally – someone else’s db (hence aweber, et al). But it is a good choice for list building, I think, given that it’s highly optimized, rapidly deployed, super fast, and generally perfect for simple SPAs…

I’m just trying to gather insights and information thats what I’m trying to accomplish here.
Secondly I’m testing grav as I don’t know it yet well enough as you seem to eventually, I’m trying to see how these basic feature integrate or could work with grav.

Reason is I’ve been very pleased with the joomla extension so far, I just don’t like the fact that I need to have too many things in way too many different places…

I don’t know what you do, but as content creator I can assure you that it can be quite an overhead.
In a way you are right about the load, but I strongly believe in grav capabilities and DB to me sounds like a older solution to an ancient problem, maybe in the future we could take advantage of other means such a cloud or some other way to store the larger data load even for grav.

I’ve used ConvertKit in the past, it’s pretty amazing. On your site you just need to embed one of the forms they provide. I would rely on a 3rd part service for email marketing as I think that having all data and operations on their servers is very handy and frees you from having to manage and protect that data (and have frequent backups, etc). Also, the email sending part is tricky to get right.

I don’t see popular alternatives in WP plugins as well, which is more commonly used by “marketers” to build lead pages.

You can contribute to Grav by adding a small contribution on https://opencollective.com/grav , spreading the word out and just hang out on the Slack chat and be part of the community